The developers have released a new beta version of Minecraft 1.19.30.22. Fixed various bugs that interfered with play, improved Spectator mode, and music is now included in the game by default on Android. 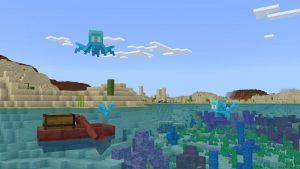