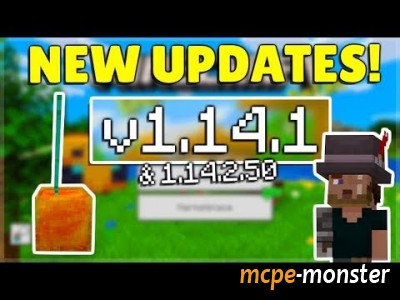 Download Minecraft PE 1.14.1 release (full version) for Android you can in this article below. There are many new important bug and crash fixes which make Minecraft work more correct. Mojang clean many errors in different areas such as interface, graphic, mobs, general errors and many other.

Note that this is not BETA version, but this is FULL VERSION of the game.