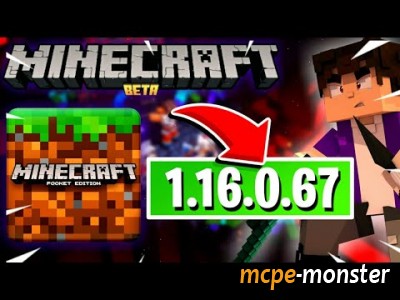 Download Minecraft PE 1.16.0.67 Beta for Android you can in this article. Mojang fixed new bugs which occurred in previous version. For example players experienced crashes when they try to enter Xbox Live with enable Wi-Fi. Also Mojang fixed bugs which occurred after players try to sign in when offline MCPE. And many other bugs. I think it it very important to update, because your version will be more correct.

Important to say, that if you noticed some bug or issue in the Minecraft Beta you can help developer and report about the problem on the next website:
bugs.mojang.com

screenshot this new version you can see below 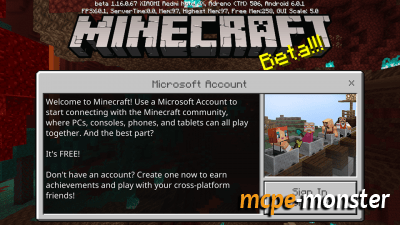