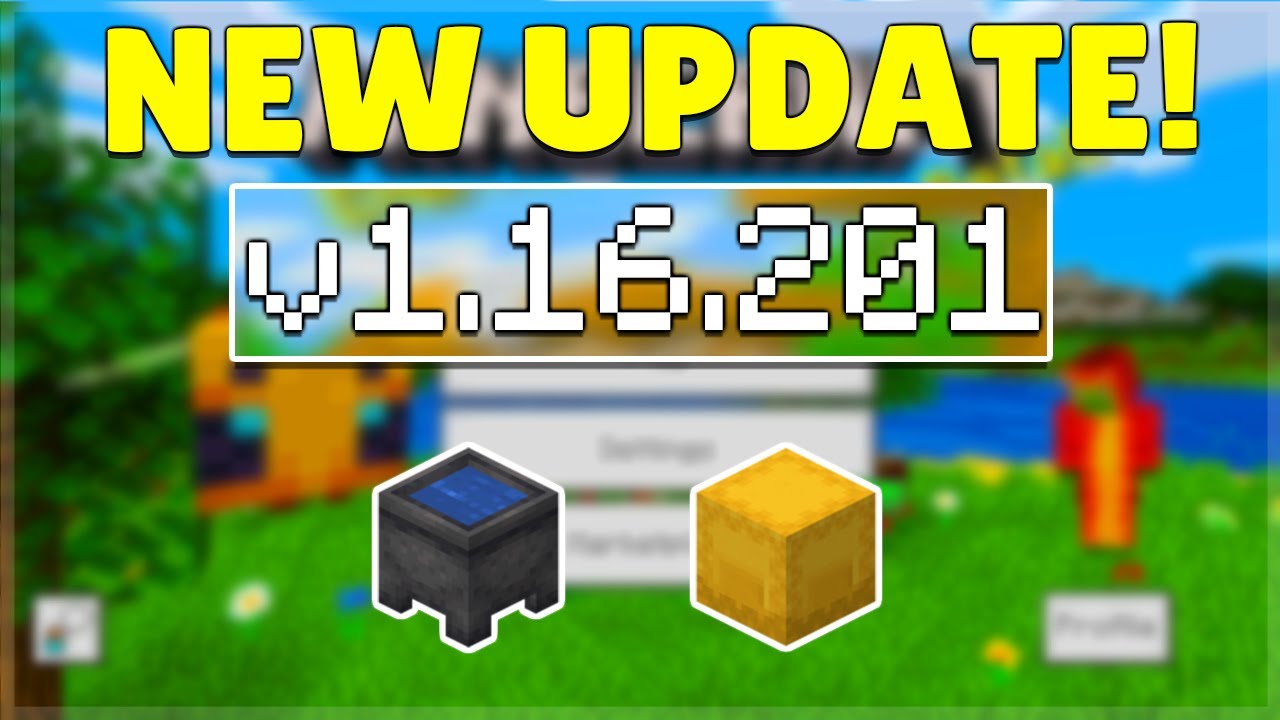 Download Minecraft PE 1.16.201 FULL version for iOS you can in this article. Mojang fixed bugs and crashes. Unfortunately nothing new were added. But it is still important to update the game and get latest version. In common Mojang fixed 5 different bugs: issue with game launch, causing shalker box to the game crash, menu button issue, etc.

Note! You can also report your bugs and improve the game. If you touch with any issue or found a bug you can write it to the Mojang. This will be huge help to make the game better. You will also help Mojang spend less time to bug fixing. The website where you can report about bugs is here: bugs.mojang.com