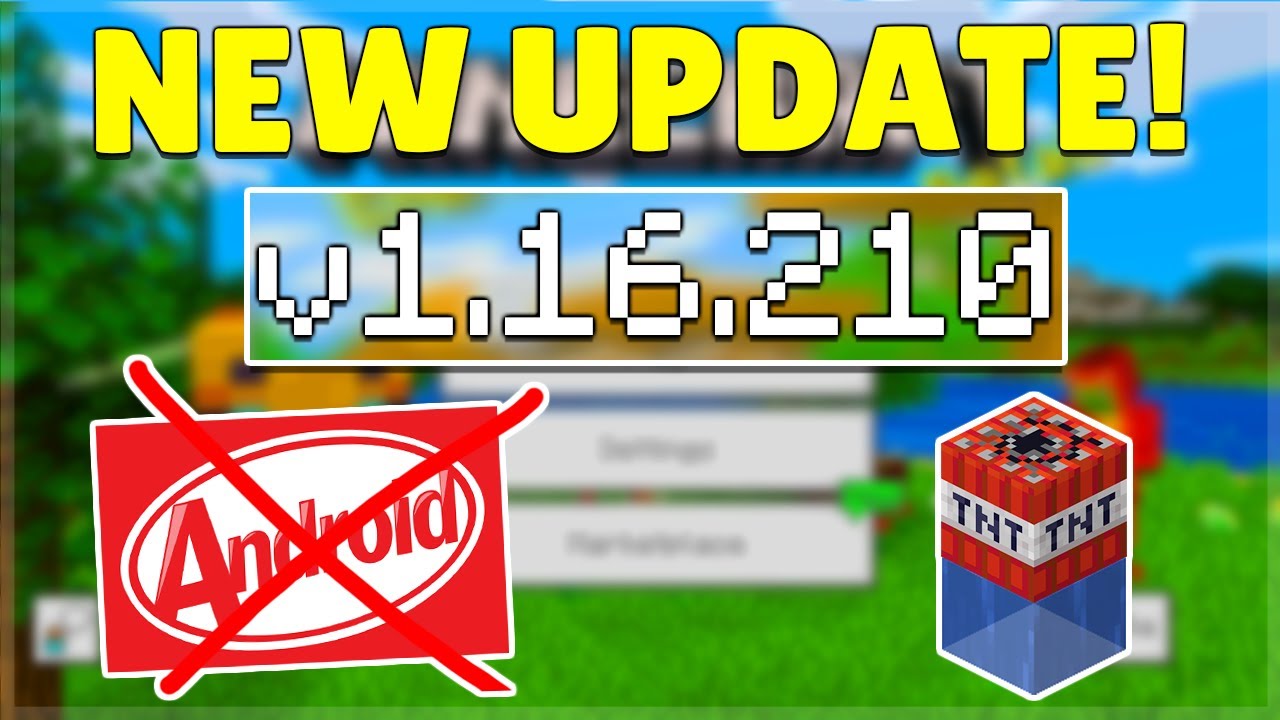 Download Minecraft PE 1.16.210 Full for iOS is here. Mojang is improving the game and makes it more like computer version. The new update includes new sounds for Nether dimension. It makes you feel more realistic. In this update you will not see old bugs because Mojang fixed more than 50 of them! Do not expect from this update a lot. But it still is worth to download because developer made huge job fixing issues. They are normal for updates and Mojang as usually fix them.

What is added?
New sounds
Mojang added new ambient music in Nether. The sounds is extremly important to make atmohsphere more realistic. Sounds can take you “in game” and make you feel like in real life. That is why Mojang has to add many ambient sounds.

Bug fixes:
Crashes and bugs are usual every update that is why Mojang is always fix them. Do not forget update crashes. In this update Mojang fixed more than 50 bugs and some crashes. For example: problem with Ender Dragon animation, Ink Sacs crafting issue, bug with Redstone Dust, etc.

as you open the game for first time you see screenshot like this. Here you can read description about the new update.