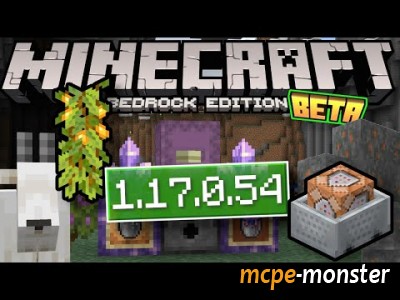 Download Minecraft PE 1.17.0.54 BETA for Android you can in this article. In this update Mojang fixed bugs in some experimental and non experimental features. For example Strongholds will be more difficult to find in larger caves, fixed shulker teleport bug, fixed some bugs with Axolotl and Powder Snow, etc.