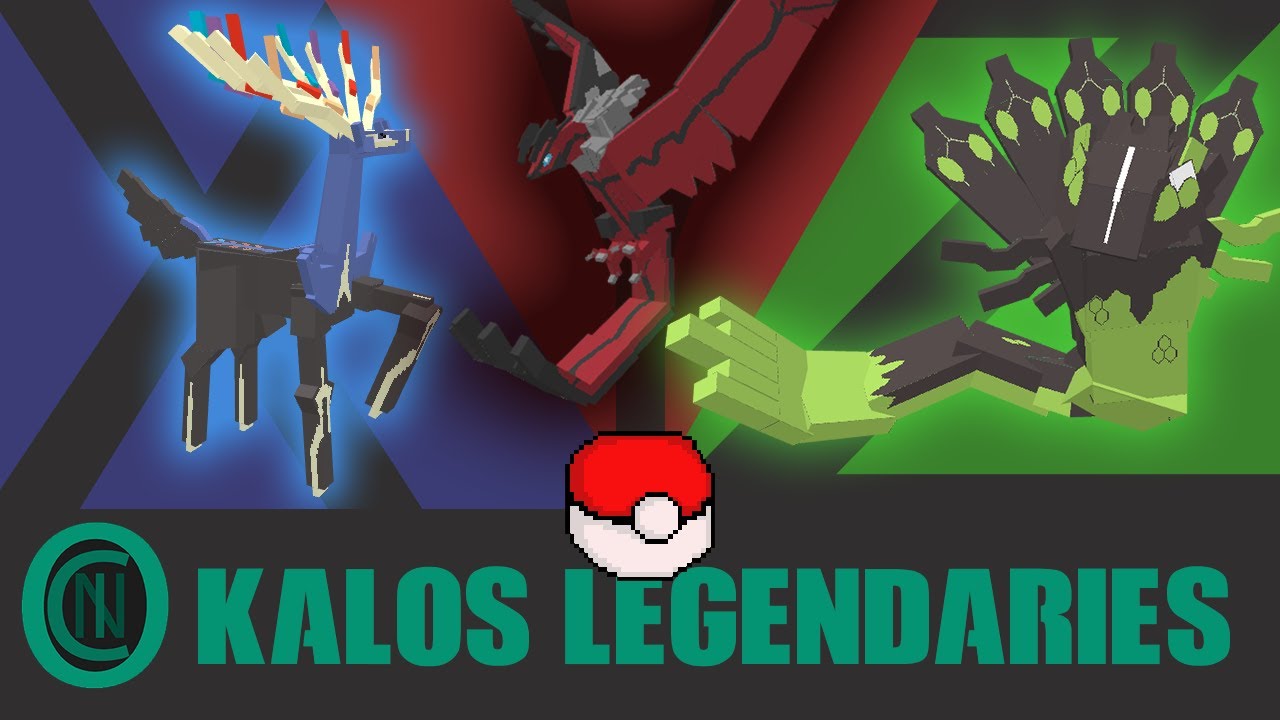 Kalos Legnendary Pokemon Addon adds new pokemon into your world. For example: Yveltal, Xerneas, Zygarde, etc. As you understood the idea of the addon was taken by famous anime Pokemon. New mobs will be spawned automatically. Each of mob will be different and have two forms. For example: Xerneas will have two forms beam and tree; Yveltal pokemon will have also two forms: kite and cocoon. Mob Zygarde has first form hydra and second core.

are you ready to see screenshots? below you will find all mobs and their forms which will be added by this addon.
download Kalos Legnendary Pokemon Addon for Minecraft PE 1.16+