Plant VS Zombie Addon for Minecraft PE is addon, which based on famous game Plant VS Zombie. It adds some item and mobs. I very like graphic models new mobs.

How to get mobs?

At first, you have to get Jack-In-The-Box (replaced by Shulker). This box transform dye in mobs.

Where you can find Jack In The Box?

As we know, that this box replaced by Shulker. We have to search in End.

How to use The box?

You have to use some dye and you see how this box transorm in mob. What the exactly dye you need to use, you can see below in the article.

This mobs hate zombies and attack them with frozen peas 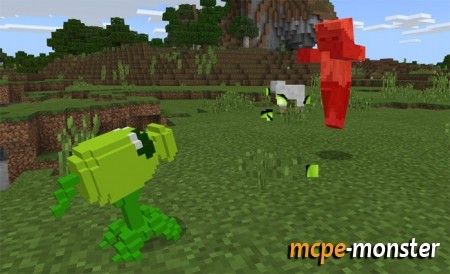