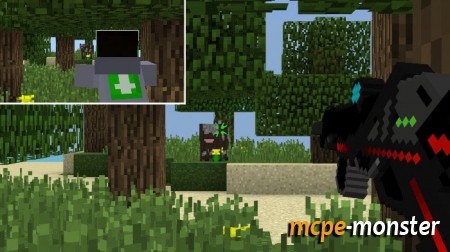 Laser Gun Addon for Minecraft PE adds new weapons into your game. Old weapons will replaced by new ones. For example, you will see laser gun, which will replaced by Bow. Addon also will add new mobs in your world as mechanical robot and etc.

What add this addon?

The first weapon is Laser Gun, which attack your enemies with laser beams. It is powerfull tool to kill anybody quickly.

screenshot you can see here. It also add zoom, so you have more chance to get your enemy.

look at zoom on the screenshot below 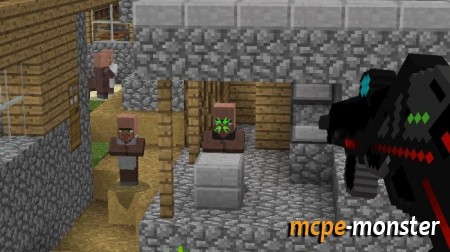 As I said, you have to waiting for new mobs! They all will be some robots and will replaced by mostly hostile mobs. look at this robot horse Wither will be replaced too For Minecraft Pocket Edition 1.4/1.5 + DOWNLOAD: lasergun.mcaddon [2,1 Mb] for low devices DOWNLOAD: lasergun-lite-version.mcaddon [869,79 Kb]