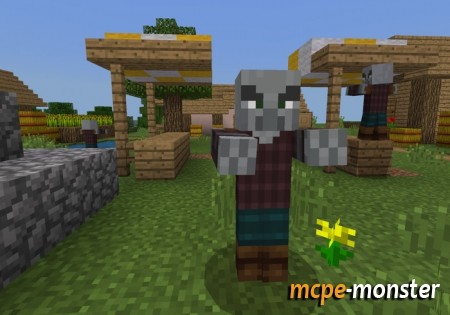 Village&Pillage Add-on for Minecraft PE adds new mobs into your game. As you know, on the lastest Macon was unnounced that Mojang are creating new update called Village & Pillage. The beast and pillagers will be new mob from that update. This addon will such a concept of that updat and bring into your world new mobs.

What the new mobs will be added?

Crossbow ( replaced by Bow )
This is very powerful weapon, which attack with more damage as bow. With this weapon you can help villagers survive agains Beast and Pillage.
download this addon for Minecraft Pocket Edition 1.7+
DOWNLOAD: minecraft1_14.mcaddon [21.03 Kb]