Did you see already new design minecraft.net? Mojang made very creatively redesign and the some texture creator was motived it and make new texture pack for MCPE, which you can see here. It called MCMojang Texture Pack for Minecraft PE. If you look at screenshots below, you will see many similar things between web style design and texture graphic.

Attention! It is not officially texture pack, which was made from Mojang.

Now you can see on some pictures. Nature looks really nice. 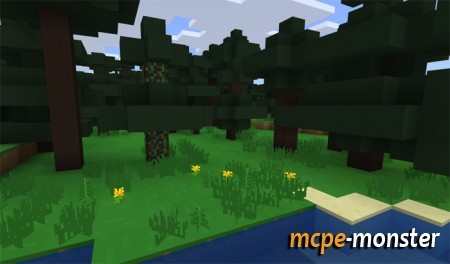 I like cartoon style. Pay attention on funny cow, which look at you. In addictions, this screenshot shows you how look railway, nature and chest. 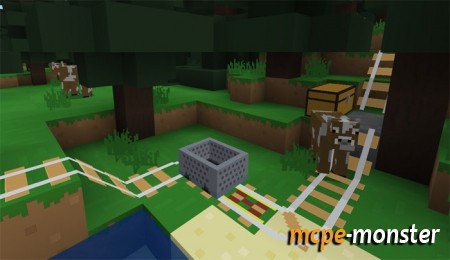